Climate Change.  It’s in the media every day, and there is genuine rising concern about it.  I am definitely no scientist, but with all the information that has been forthcoming, I do believe that our climate is changing. However, I believe that it has always been changing, right back since the ice age.

There’s no doubt to me that humans are doing things that are making it change faster.  I suspect we are on a journey that is going to be too difficult to divert from what we have been doing.

As I write this, a huge truck has appeared at the entrance of our block of units, to empty 8 huge bins, with items that are supposed to be recycled. We have seen enough on the media that suggests that this rubbish will probably end up in land-fill.  Perhaps until last year, it might have been shipped off to China, or more recently Indonesia, who have learned that the money they have earned from it, is not worth the time, effort and the fact that most of it ends up as landfill.

Why so much Plastic?

I remember when the milkman delivered milk to our house.  There was no bottle – plastic or glass, as the milk was scooped into a metal “billy-can” that was placed near our front gate. We used the milk, emptied and washed the billy-can, and it went out to be refilled the next time the milkman came.  Now I now that would not work these days!  Eventually we had glass bottles, and now, of course, they are made of plastic.  When we use them, we just toss them out. They don’t always go into the recycle bin, and I am not sure if they are indeed recycled.

But a visit to any supermarket and a walk around the aisles will show how much plastic is now used.  Yes, we do have a much wider range of products, and yes, when I was little the grocery store had the basics, and we would have to go home and create with whatever we had. 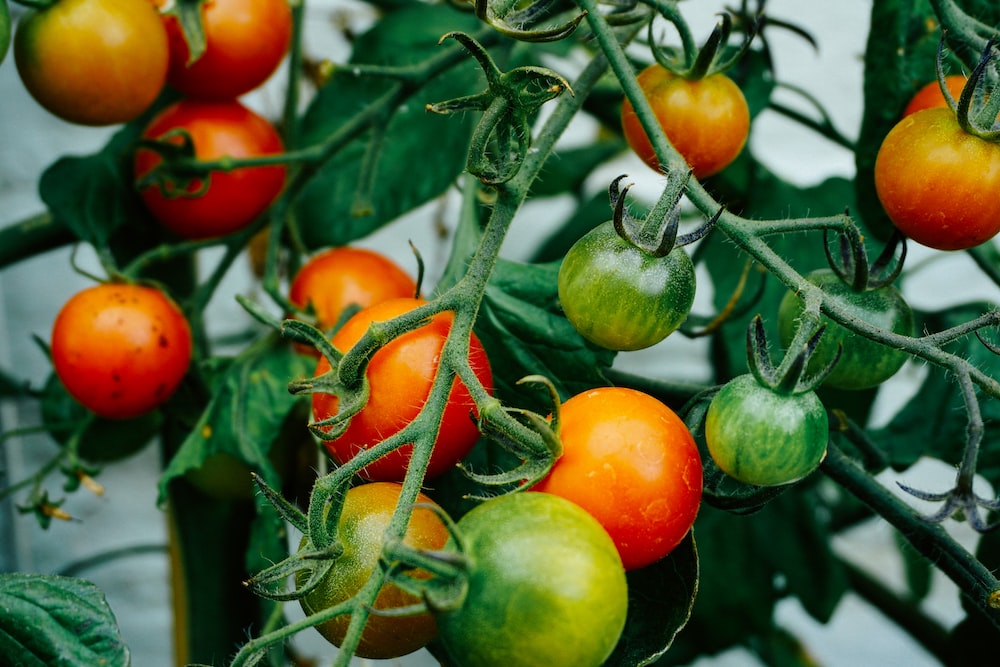 Tomatoes are generally easy to grow.

So many families grew their own fruit and vegetables and often exchanged with other families who grew different produce. But in those days the woman of the house stayed home, and not only did the housework and managed the children but also often managed the home garden.

In our home, in suburban Adelaide, we grew a lot of our fruit.  We had two almond trees, orange and lemon trees, grapes, apricots, plums, peaches, strawberries, apples, and more.  As well, there were the vegetables that we grew. We children spent holidays and weekends helping – perhaps picking fruit, weeding, or learning how it all worked.

In those days we only had the fruit in season.  There was no fruit or vegetables imported from other countries so that it was available all year round!  Our growing season only was it available.  And it all tasted better!

I know this is a contentious topic.  I remember when nappies were made of towelling or other white fabric.  Colours came later.  There were no disposable nappies were available and the fabric ones were washed and used over and over.  They survived many children, and yes, back then there were big families too, and rather basic washing machines.

There were other products, now disposable that were made of fabric which were washed and reused.  Now, I accept that the recycled models that are used and discarded into the rubbish!

How can we Change?

It certainly is not going to be easy to change the habits that most people are now familiar with!  I am waiting for the government to announce some changes.  I think it will be very hard for modern people to change.  Can we do it in time to save the world?  There is information here that might help.  Click here for more information.

What are you doing to slow down climate change?